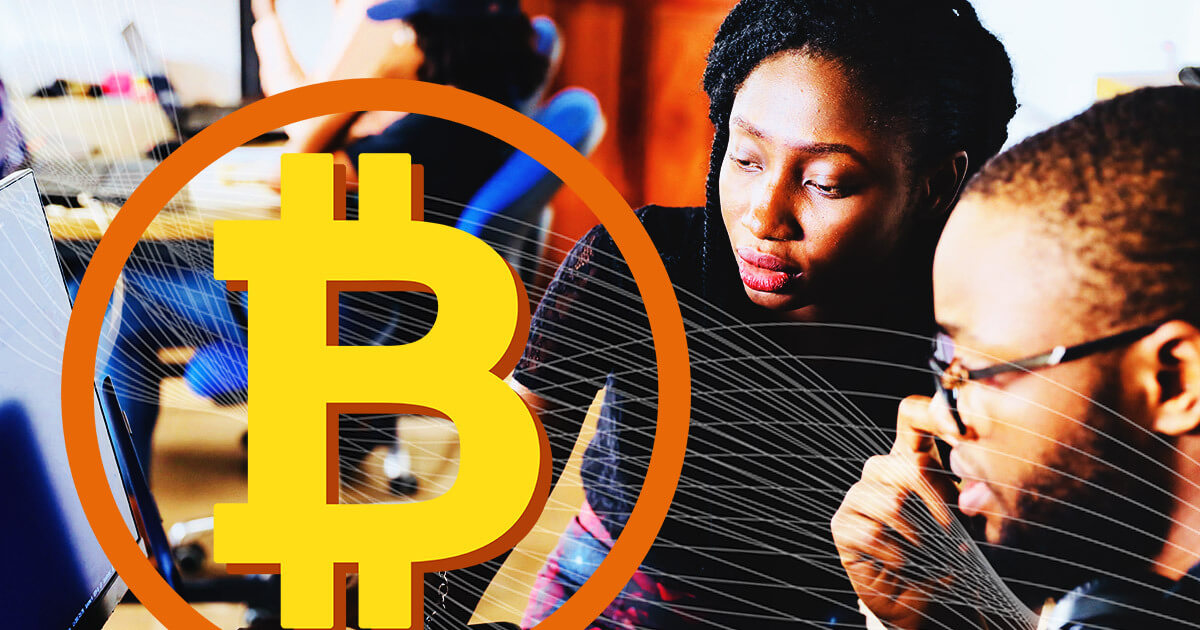 
CryptoSlate caught up with Ray Youssef, the co-founder and CEO of the peer-to-peer trading platform Paxful, during Bitcoin Amsterdam.

He said the mental strength and hustle of Nigerians, combined with the introduction of Bitcoin rails in the country, is making a real difference in breaking “economic apartheid.”

The issue of business billing

Giving his background story, Youssef said he grew up as an Egyptian immigrant in crime-riddled New York during the 80s and 90s. His experiences during those times taught him street smarts and dealing with people the right way.

Aged 19, Youssef taught himself coding after getting his first computer. From there, he ventured into the business world, opening various startups, and despite the different challenges of each business, the one constant throughout was the problem of billing, said Youssef.

His first business, an SMS Groupon clone, failed to take off, perhaps due to being ahead of its time rued Youssef. But undeterred, he pivoted by changing tack to peer-to-peer ringtones, which, having captured the spirit of phone customization at the time, was very successful.

“I just wanted to build cool stuff. Ultimately I just wanted to get that Mission Impossible ringtone for myself. It was hell getting it, and once I figured it out I decided to make it easier for others. Then it turned into a multi-million dollar business in six months.”

Youseff said he was primarily selling ringtones to teenagers, who are typically unbanked. To get around this, the teens would often swipe their parents’ cards, leading to chargebacks after unfamiliar statement charges were queried.

Business after business Youseff noted similar billing issues with each new venture. But then, out of nowhere, the serial entrepreneur came across Bitcoin.

Youssef’s initial reactions to Bitcoin, although seemingly a potential solution to his billing woes, were to dismiss it as “nerd money.”

Following a second look, he realized that despite his initial reservations, the protocol design was solid, and it was obvious “serious work had gone into this thing.” Even so, he remained wary, largely because of doubts over its viability and whether it truly was a bona fide instrument.

However, after attending his first Bitcoin meet-up, Youssef said he began to open up more toward it. During the meet up he came across “mission-driven people” who were intelligent, committed, and idealistic toward bettering humanity. This gave Youseff positive vibes about the community.

Time passed, and having taken part in the 2011 Egyptian Revolution, in which protestors toppled Hosni Mubarak, and later the Occupy Wall Street Movement, Youssef’s experiences at these events led him to conclude the world is broken because of money.

Touching on the unshakeable feeling that there is something wrong with the world, the Paxful CEO surmised there must be more going on behind closed doors than is made public.

“Black is white, white is black, up is down, down is up, and everything is a 180 from the natural order. How does this happen by accident? Greed and incompetence alone cannot substantiate that.”

Recounting his personal experiences during Occupy Wall Street, a protest about financial inequality, Youssef said he saw the movement being co-opted before his eyes.

Similarly, with the Egyptian Revolution, he noticed how the mainstream media narrative was the exact opposite of what was happening at the ground level. In pointing this out, he was mercilessly attacked by trolls.

“I began to realize if they’re lying about that, what else is a lie? And I went down this rabbit hole, went to the political, health, I went through science, everything… Suffice to say that the natural order has been completely unturned and it certainly didn’t happen by accident, so I had a spiritual awakening. “

Even if those experiences had not shaped his worldview, given his observations on business billing, Youssef confidently declared he would still be “on the same path” of fixing the broken money system.

“Every start-up I ever had, billing is always the problem. The whole system is completely broken, and once you understand, you’ll understand that there needs to be something extreme done, and the people have to take back the power.”

Youssef met fellow Paxful co-founder Artur Schaback during a Bitcoin meetup in New York City in 2014. A year later, the company was born with the goal of redistributing power back to the people.

But before Paxful, Youssef’s first Bitcoin business focused on BTC Point of Sale (PoS) solutions for merchants. In the course of running this business, he soon realized that operations were hamstrung by low BTC circulation at the time, especially in the places where people needed a fiat alternative the most.

To solve the problem, Youssef embarked on a trip to Africa, Nigeria, specifically because “that’s the place with the biggest hustlers.”

During the trip, in talking to locals, he discovered that Nigerians live under economic apartheid, meaning financial exclusion limits the extent a person can better their life and circumstances. He added that the entire Southern Hemisphere also suffers from the same problem, which is the source of their inability to get ahead, not laziness or corruption as is often touted.

“They’re definitely not [lazy]; they are the hardest working people there is.”

Pondering how he could hack the system and “get the ground fertile” for Nigerians to trade Bitcoin, he settled on the idea of building out a gift card trade route between America, Nigeria, and China.

“I showed the Nigerians how to ask their relatives in America to buy them gift cards from a drugstore with cash and send them a copy of the back of the gift card. Then I connected them with Chinese gamers who were very happy to take that gift card code for a discount and give them Bitcoin, and it worked.”

Youssef said, once up and running, tens of millions of dollars a week started to flood through this corridor, which resulted in the first Bitcoins making their way into Africa through Nigeria.

After witnessing the initial success of the gift card hack, Youssef adamantly declared that Nigeria would eventually lead Bitcoin adoption in Africa. At the time, detractors voiced their skepticism citing doubts about affordability and locals being able to “figure it out.” But they were wrong, said Youssef.

A recent article from Business Insider Africa noted that Nigeria ranks the number one African country for Bitcoin adoption, despite the central bank banning on/off ramping through its retail banking network.

Reverted back to his previous comments on economic apartheid, Youssef said Bitcoin took off in Nigeria because it enabled “leverage, arbitrage, access to outside liquidity,” which was previously reserved for privileged and connected Nigerians only.

But now, because of Bitcoin, the playing field has been leveled enabling everyday Nigerians to circumvent the banking system and do what they do free from economic repression.

“The banks in Africa, especially Nigeria, they don’t allow people to send money in USD. They wanna hold onto that hard currency for themselves. So what is a small and humble entrepreneur to do?”

Based on his experiences in El Salvador promoting Bitcoin at the educational level, Youssef noted a degree of resistance among Salvadorians. He said they did not understand it and generally felt it was imposed upon them. Had the rollout been different, perhaps that would not be the case.

However, the same could not be said about Nigerians, who expressed enthusiasm for Bitcoin from the off, especially among the country’s youth.

“But Nigeria is different, the youth were all about it, they were like bring in the Bitcoin, screw everything else let’s do this.”

Even though the government and central bank stepped in by banning on-off ramping, Nigerians simply switched peer-to-peer and continued on as before.

Youssef expressed great admiration for this, saying this “unstoppable force” is what makes positive change happen.

The post Bitcoin owes its success in Nigeria to the unstoppable youth, says Paxful CEO appeared first on CryptoSlate.

CleanSpark Mines Record 697 Bitcoin In January, A 50% Increase Since December

CleanSpark Mines Record 697 Bitcoin In January, A 50% Increase Since December The bitcoin mining firm is reaping the rewards...

Nostr Will Only Scale If It Can Incentivize Users To Run Relays Nostr, a growing hub for the Bitcoin community,...