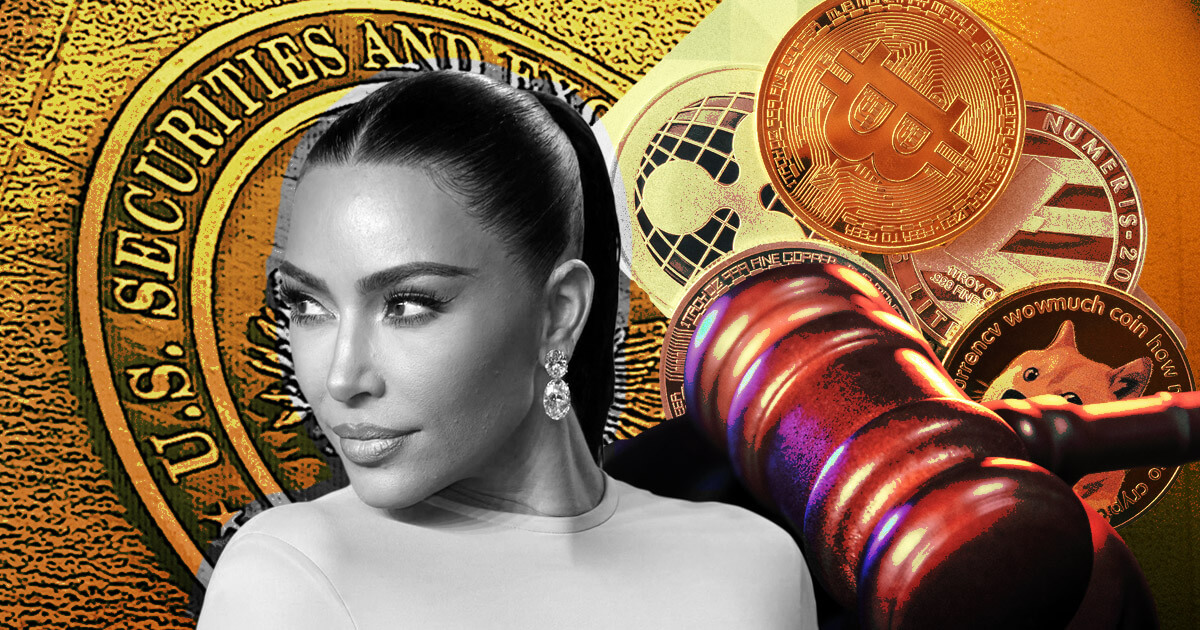 While a majority of the LUNC community called for the burn, outliers like FatMan Terra considered the burn “absurd”. He said Binance should have used the $1.9 million to build out more useful tools, instead of throwing it to a burn event that has a meager 0.09% impact on LUNC supply reduction.

American Celebrity Kim Kardashian was accused by the SEC of allegedly promoting unregistered EMAX security tokens to her Instagram followers.

Kardashian agreed to play by the SEC’s rule to pay up the $1.26 million fine and avoid promoting any crypto securities tokens for the next three years.

FTX which recently completed the purchase of Voyager Digital is said to be raising about $32 billion to bid for Celsius Network’s assets.

FTX CEO said that if his exchange settles to purchase Celsius assets, it would be determined by a fair market price. FTX’s goal is to “pay $1 for every $1 and get the $1 back to customers.”

Due to security concerns arising from Bogota Colombia, Polygon co-founder Sandeep Nailwal said he will not travel down for the Devcon 2022 conference.

Solana team members were reportedly attacked at the Bogota airport. Developers coming for the Devcon event have been advised to exercise caution as bad elements in the region are generally hostile to foreigners.

Bitcoin stable as Credit Suisse, Deutsche Bank rumored to be on verge of collapse

Unfavorable macroeconomic conditions are hinting at global bank contagion. Credit default on Deutsche Bank and Credit Suisse is approaching the same level that birthed the Lehman Brothers collapse of 2008.

With Bitcoin trading relatively stable between $18,900 and $20,000, more investors seeking an escape from the banking collapse may turn to the flagship crypto as a safe haven asset.

Further investigation into Alex Mashinsky’s days as Celsius CEO revealed he withdrew about $10 million from the lending platform a few weeks before filing for bankruptcy.

Mashinsky’s spokesperson told FT that the Celsius founder deposited the said amounts and only withdrew them in May to offset his tax duties.

SushiSwap community completed the election of its Head Chef on Oct. 3, with Jared Grey emerging the winner after receiving a whopping 83% support from on-chain voters.

Grey who is a strong advocate for asset-backed tokens, noted that his regime will focus on positioning SushiSwap to capture “the next run on liquidity” coming through asset-back tokens.

Charles Hoskinson said that Cardano’s “age of Voltaire” will introduce a new system of decentralized voting and treasury management to the crypto community.

From the Voltaire era, Cardano will become fully autonomous.  The treasury system will be designed to fund any Cardano Improvement Proposal approved by the community for immediate execution entirely on-chain.

With more miners reportedly upgrading their equipment and getting back online, Bitcoin’s mining difficulty is expected to rise anywhere between 3% to 10%.

A hacker launched an attack against Transit Swap’s unverified contract and siphoned over $21 million of users’ funds.

Transit Swap has worked closely with SlowMist, PeckShield, and Bitrace to recover over 70% ($16.5 million) from the hacker.

How inflation and debased fiat currencies are pushing investors to Bitcoin

Local currencies of many countries across the globe are fast losing their value to spiking inflation rates. As highlighted by CryptoSlate, the Turkish Lira (TRY) has lost 26% against the U.S. dollar, while the British pound lost 4.3% to the USD in a single day.

On the flip side, the trading volume for Bitcoin (BTC) has increased significantly over the period, as more investors flock to preserve their wealth in the “safe haven” crypto asset.

News from around the Cryptoverse

The Financial Stability Council comprised of senior U.S. regulators has proposed a bill to Congress to enable them to exercise a comprehensive regulation over the crypto market and stablecoins,

The council unanimously agreed to increase regulation of the crypto market as its activities could pose a challenge to the stability of the U.S. financial system.

Chelsea Handler, Leslie Jones and John Leguizamo between guest hosts to stage in for Trevor Noah on ‘The Daily Show’ | CNN

Chelsea Handler, Leslie Jones and John Leguizamo among the guest hosts to move in for Trevor Noah on 'The Every...