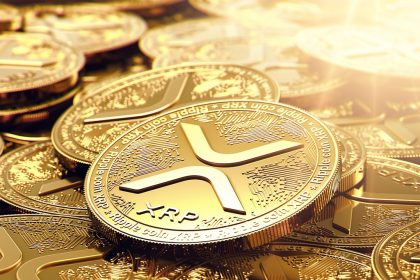 The former co-founder of Ripple Labs, Jed McCaleb, is weeks away from running out of XRP since he has been continually dumping the crypt asset for eight years.

McCaleb was one of the founding team of Ripple in 2012. At the time, the company was named OpenCoin, and each of the three founding members got 20 billion XRP. The other founders are Chris Larsen and Arthur Britto.

When McCaleb left Ripple in 2014, he had nine billion XRP holdings when he left the company in 2014. At the time, the former executive had XRP worth 90% of the total supply. After his exit, he co-founded Stellar with Joyce Kim. With such a large percentage of the entire XRP holding, the former Ripple Labs co-founder could have influenced a Ripple crash should he offload his total holdings at once. Therefore, Ribble Labs and McCaleb agreed to lock-up terms for his XRP holdings. According to the terms, he could not sell over $10,000 worth of the XRP per week through the first year. After the end of the first year, the lock-up plan would ease to increase the sellable amount to $20,000 weekly for the next three years. Additionally, the restrictions applied to the number of XRP in 2018-19. The plan limited McCaleb to offload billion XRP per year.

Since 2020, the former co-founder has been able to sell off up to 2 billion XRP per share, according to the agreement with Ripple Labs. The website tracking McCalbe’s balance, Jed Balance, shows that he sold a huge chunk of his XRP holdings last year. McCaleb sold 2.74 billion XRP between January and August 2021. The XRP price was doing well during that period, jumping to $1.84. After his last sales in August, he took a break between September 2021 and the beginning of January 2022. After, he has been steadily selling more of his XRP holdings.

Furthermore, the tracker reveals that the former Ripple Labs co-founder has let go of an average of 4.06 million XRP in the last month. His daily transfers since 26th June are about 7.34 million XRP, worth $2.39. At the time of writing, McCaleb has 81.53 million XRP left, worth $21.19 million at the current price of $0.309.

At the rate the former Ripple executive is shedding his XRP holdings, his wallet may be empty within the next two to three weeks.

Ibukun is a crypto/finance writer interested in passing relevant information, using non-complex words to reach all kinds of audience.
Apart from writing, she likes to see movies, cook, and explore restaurants in the city of Lagos, where she resides.