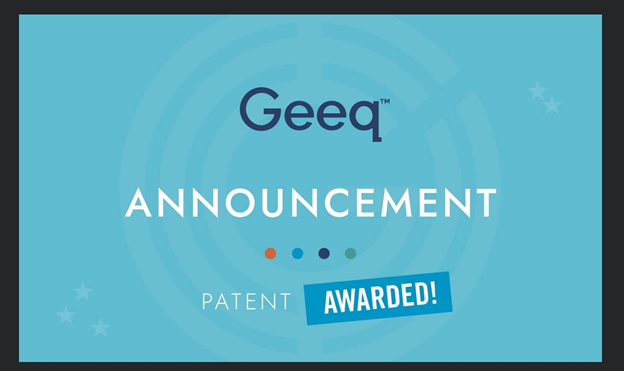 
Geeq, a Canada-based blockchain company, has been granted a patent in the United States for features of its multi-blockchain, layer-zero protocol’s security and scalability systems, according to a press release.

Details found in the patent’s application describe a technology termed “Proof of Honesty,” which is Geeq’s alternative to predominant proof-of-work and proof-of-stake consensus mechanisms. Additionally, Geeq alleges that its system of federated blockchains is able to ensure security and achieve “infinite scalability.” According to the patent application:

“If there is at least one honest node, it will write an honest block to a valid chain. Users are able to discover honest chains and will always choose it for their transactions. Dishonest chains become orphaned.”

Geeq also claims that having flexibility built into the protocol, which can create additional chains during periods of increased network activity and then merge chains when transaction volume decreases, keeps the cost of transactions more affordable as well as 99% Byzantine fault-tolerant.

In the press release, Geeq CEO Ric Asselstine noted that gaining the approval of the patent “marks a critical point in time for Geeq as we push forward aggressively with the development of transformative solutions for previously intractable problems.”

One of these “previously intractable problems” is the poor user experience when using blockchain technology due to the complexities of interacting with smart contracts. Geeq noted in the press release that instead of having users interact directly with smart contracts, a suite of applications that facilitate the most common types of transactions makes it so that “the end user is able to focus on what they gain rather than worry about potential exploits, complex coding dependencies, or the downstream effects of governance decisions.”

In a company blog post, Geeq stated that its launch strategy would not include a private nor public beta but would instead consist of soft-launching features as they are developed and fixing bugs as they are found  — reminiscent of Telsa’s software updates that rollout new features over time or security fixes included in every iOS update.

Geeq has also received funding from major players in the space such as GEM Capital, which committed $25 million in August 2022. Geeq CEO Asselstine said with this funding, the company/protocol is now “ready to bring enterprise and individuals into the metaverse and Web3.”