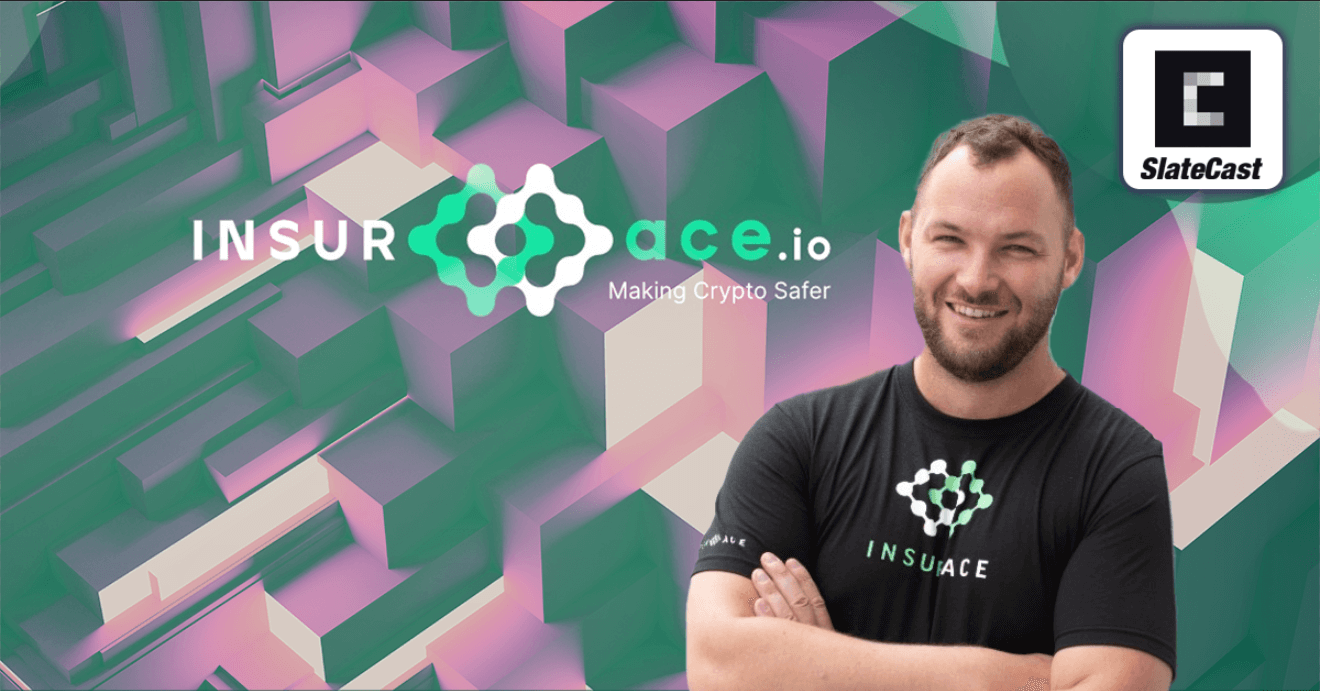 
DeFi insurance platform InsurAce is launching a new crypto deposit insurance program titled ‘Crypto Deposit Insurance Scheme’ (CDIS.) The product is hitting the market partly in response to the issues that have plagued CeFi throughout 2022. The collapse of Celsius, Voyager, BlockFi, and now FTX has led to consumer confidence in crypto being rocked.

Dan Thomson, CMO of InsurAce spoke to CryptoSlate’s Akiba on the latest episode of the SlateCast commenting “what a crazy year the last two weeks have been” in response to the fallout from FTX.

Speaking of his personal experience Thomson retold a story that he recently had to give the bad news to a friend who had “six figures” in BlockFi which has now been frozen due to the company confirming liquidity issues linked to FTX.

Earlier in the year, CryptoSlate reported that BlockFi only held 10% of client funds in collateral. The company also had lines of credit with FTX following a bailout which can no longer be accessed.

The InsurAce CMO confirmed that the company had around “$40,000 in coverage bought for FTX” meaning it will now have to pay out on those claims. Exposure, however, did not go beyond this insurance product.

“It will take a little bit of time for the claims to be processed but we should be making all of our customers whole again that did suffer.”

Thomson went on to state that the FTX debacle showcases that there is “still a lot to overcome in the space, a lot of problems that we need to fix… on the other hand these do force us in the industry to improve.”

The new InsurAce CDIS product hopes to address some of the issues by offering something similar to FDIC insurance which depositors have access to within the traditional banking system. The aim is to “protect the most vulnerable users of CeFi” by engaging a DeFi product to cover potential losses on centralized exchanges.

The CDIS insurance scheme requires exchanges to come on board and adopt the product. Thomson confirmed that InsurAce is in talks with over 30 different exchanges and hopes to launch the product soon.

To learn more about CDIS, the people most affected by the collapse of FTX, how to use DeFi insurance to guide crypto trades, the possibility of decentralized regulation, and much more, watch the full episode of the SlateCast linked above.

Portfolio: 3 ‘Cheapest’ Insurance Stocks to Watch Out for!

Portfolio: 3 ‘Cheapest’ Insurance Stocks to Watch Out for! The carnage in the broader markets continued in today’s session as...