No, Santa Claus doesn’t need to fly at the speed of light! 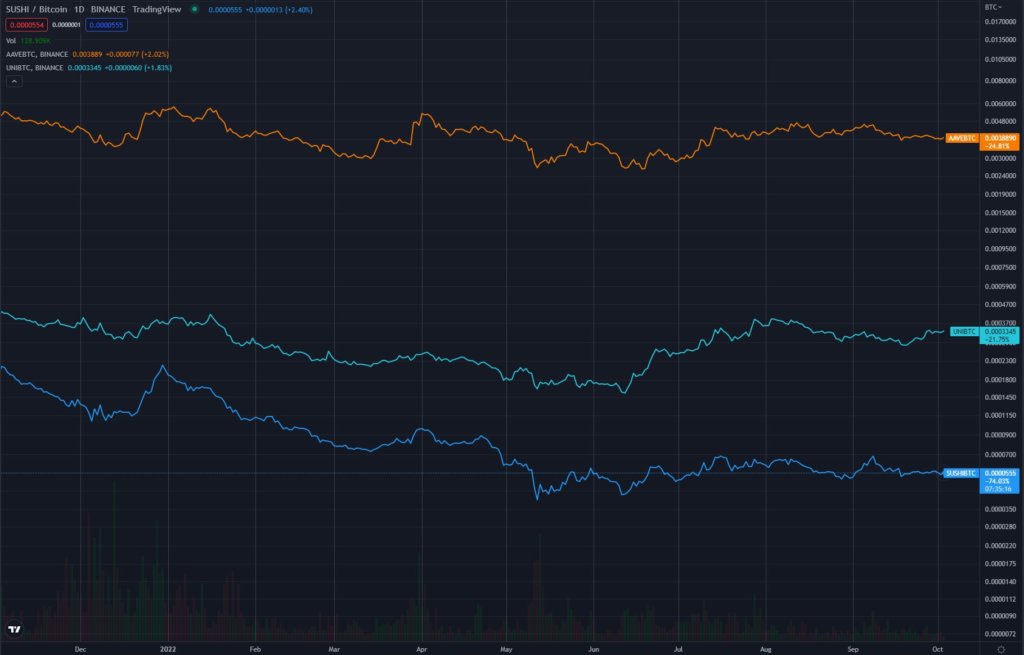 
Jared Grey, a blockchain consultant and former CEO of EONS, has been appointed as the new Sushi Head Chef following an on-chain vote.

Grey received support from 83% of Sushi token holders, with the runner-up, Andy Forman, achieving just 12.5% of the vote.

Grey has experience consulting for some of the largest natural mineral miners in the U.S. and is looking to use this expertise to reinvigorate the SushiSwap ecosystem.

Grey commented that the regulatory roadmap around asset-backed tokens is yet to be fully understood. However,

“Sushi has a very strong brand, they have a strong belief in the decentralized ethos of crypto… financial autonomy and being in control of our own destiny… censorship resistance… I think Sushi has a strong foothold on that ethos…”

Grey further commented on the “draconian approach to securities” within the U.S. regulatory ecosystem. As the structure for asset-backed tokens becomes clearer, Sushi should position itself to “capture liquidity and market share” as they become available.

The ability to offer such products is something that Grey believes can set Sushi apart from the rest of the DeFi ecosystem. The SUSHI token is down 70% against Bitcoin for the year compared to just 10% for Uniswap and 31% for Aave. As a result, a new path for the SushiSwap project is required to regain market share.

According to DefiLama, the total value locked (TVL) into SushiSwap was down 47% in September. Further, since January 2022, when the TVL was 1 million ETH, SushiSwap has seen a decline of 67% to 387K ETH.

Following his appointment, Grey took to Twitter to thank the community for their support and praise the “lean & tenacious” Sushi team, indicating that it is his role to “help them excel.”

I'm honored & excited to accept the Head Chef role at @SushiSwap. The trust the community & team have placed in me to help shape the next stage of the Sushi protocol gives me pause & reflection on what Sushi stands for, a community project for everyone. /1

The new Head Chef stated that the DeFi industry “is in flux, with increased scrutiny from regulators, bearish economic sentiment, & a strange post-COVID aura.” Grey believes that he will be able to leverage “two decades of engineering & consulting experience” to navigate Sushi through these obstacles and culminated his Twitter thread by stating that he is looking forward to the future of Defi and that “Sushi will be there – bigger & better than ever.”

According to the on-chain vote, Grey has the support of the majority of the SushiSwap ecosystem, which may be a bullish signal for Sushi as it looks to overhaul its offering under Grey’s leadership. However, the token price in Dollars remained essentially flat following his announcement as Head Chef, up 4% on the day, while the SUSHI-BTC chart is up just 2.4% at the time of press.

BTC Mining Difficulty To Bottom Spot, Any Possibility Of Reversal?

BTC Mining Difficulty To Bottom Spot, Any Possibility Of Reversal? The low profitability of BTC mining is still puzzling for...

MATIC Price Battles Under $1 Despite Bullish Signals The Polygon (MATIC) price momentum registered a positive shift over the last...