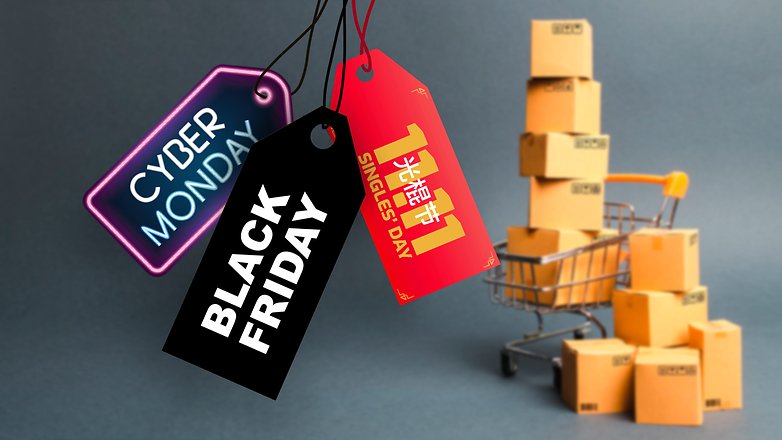 I already wrote about this last year for the previous Black Friday. Hence, I’m updating it this year in time for Black Friday 2022, because a lot has changed in one year.

The odds are in your favor…

In terms of pure statistics (or probability, I scored a 5 in my math exam, so leave me alone), retailers rake in the most money during sales that are held throughout this period. It’s logical that they bombard the masses with the most discounts and fantastic deals during Black Friday. Consumer electronic devices are also among the most popular product categories and therefore, the obvious place to begin with when it comes to promotions.

Finder, a site that lets you make the most of your money through the comparison of financial products, brands, and services, has published a report on Black Friday 2021. Smartphones, TVs, headphones, connected watches, laptops, and speakers are the categories that tend to receive the highest discounts on average.

Some of the more popular items that consumers tend to go after during Black Friday include TVs and the Nintendo Switch, as well as items from popular brands such as Apple, Verizon, and Hulu. In other words, smartphones and home entertainment tend to rank at the top of most shoppers’ lists.

… but quantity often does not rhyme with quality

Yes, Black Friday is the time of the year that concentrates on commercial offers. However, don’t we have Black Friday all year long?

It does seem that we also have Black Friday Week, which is the week before Black Friday and is used as a pretext to share the initial wave of good deals in advance. We also have the Black Friday weekend that is punctuated by Cyber Monday. In short, if every day is Black Friday, do we really need to wait for Black Friday to take advantage of deals?

Most of the so-called smart shoppers are already used to bargains that are available on virtual platforms all year long. It is already 2022, we do not really need to wait for an annual shopping holiday to find good deals. After Black Friday, we’ll have the last-minute pre-Christmas deals and after that, we’ll have the winter sales and New Year deals, and so on and so forth.

Black Friday 2022 is also the first time when Amazon, Walmart, and other e-retailers will be able to ‘cheat’ consumers with the discounts offered.

I am quite sure that many of you are now familiar with the inflated prices of a product in order to offer a seemingly larger discount. You all know this trick which consists in inflating the price of a product to make the amount of the discount more important. Theoretically speaking, this should be less rampant this year since consumers have wisened up. I am quite sure that many of them would have kept track of the average market price for a particular item over the year, and will be able to see through the retailer’s digital sleight of hand with the discount percentage offered during Black Friday.

… but in reality, it still happens

Well, we are all well aware of how different theory is from practice. According to an article from UFC Que Choisir, the explanation is concise and accurate, applicable even across the Atlantic.

“E-merchants offer other deals where the crossed-out price is the ‘manufacturer’s recommended price’, a ‘median price’ or an ‘average observed price’. For the merchants, it would not be in any case of an original price, but of a ‘comparison price’ which would be there only to help the consumer to make his or her choice. These offers may have a crossed-out price and sometimes even a percentage reduction, but in no case, they swear, is it a promotion.”

Basically, Amazon skirts the issue by using the recommended retail price and then advertising a massive discount, never mind that the market price has since been slashed.

It is here where we see the lack of research by tech journalists and influencers when it comes to promoting such offers. Unless one has a massive spreadsheet that keeps track of everything daily, it is a massive ask to distinguish between real and unofficial promotions.

Black Friday 2022 comes right after the high season of the consumer electronics market—from September to October, where we constantly rant about Techtember and Techtober. By the end of November, all the flagships of the year have already been released by Samsung, Apple, Google, and the rest. For the mid-range side market, the major launches are usually already over for the year.

Admittedly, you’re very unlikely to find an iPhone 14 on sale during Black Friday 2022. This is normal, the smartphone has just been released. But then, you should see some interesting discounts on previous models like the iPhone 13 or the iPhone 12.

… but the discounted smartphones won’t be the newest

If the strategy I just mentioned worked pretty well with high-end smartphones, it will not be as effective when it comes to less premium models, at least where Android handsets are concerned.

The primary drawback is that you potentially “lose” a year of software maintenance. As I’ve just explained, the best deals will mostly concern smartphones released several months ago or even last year. These smartphones were all running on Android 12 when they were launched and their manufacturers guaranteed a certain number of updates.

Now, I know some of you don’t care much about updates. But even apart from that, certainly an “old” high-end smartphone like the Galaxy S22 is still totally competitive in 2022 and even in2023. This is not necessarily the case for a mid-range or even entry-level smartphone.

So, should we buy or not?

Either way, you are free to do what you want, it’s your money, not mine. And I’m not a scientist or an expert in market dynamics either.

Everything I just wrote here, I did so from a consumer point of view, from the perspective of someone who wants to take advantage of Black Friday 2022 to buy a smartphone.

On paper, Black Friday is a strategic time to make a purchase. This short period of the year is the one that is full of promotional offers. This large number of offers increases your chances of finding a good deal.

However, in my opinion, the Black Friday deals are not significantly more exceptional than the deals you can find all year long.

This best list was revised in November 2022. Existing comments were maintained.

Tall Story: Ed "Too Tall" Jones was an NFL star who boxed six times as a pro, then stopped -...

OnePlus starts February with a crazy 26% off the OnePlus 10 Pro | News 4 Social OnePlus is starting the...

The 3 Elements of Cybersecurity | News 4 Social

The 3 Elements of Cybersecurity | News 4 Social There are 3 elements of cybersecurity. If you’re missing any one...

Samsung is launching the Galaxy S23 without this life-saving feature | News 4 Social There's already one big reason why...

Netflix Wants You To Buy Its Most Expensive Plan: Here’s What It Offers

Apple’s Watch Ultra 2 may even get a more gigantic display—But at what cost? | News 4 Social

Apple's Watch Ultra 2 may even get a more gigantic display—But at what cost? | News 4 Social With smartwatches...