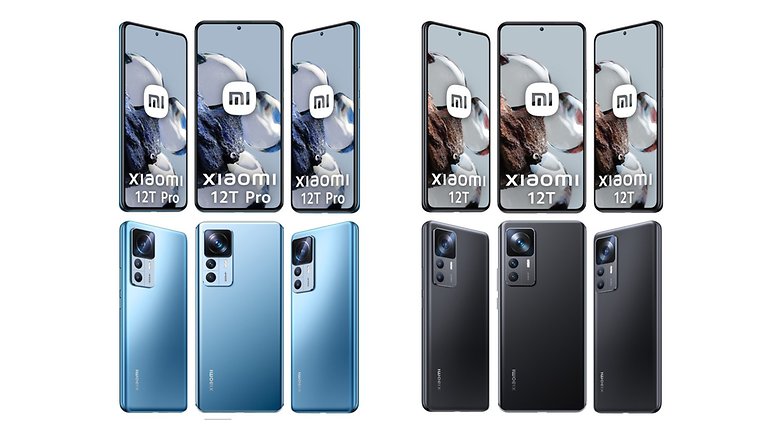 Xiaomi will announce its next budget flagship Android lineup in form of Xiaomi 12T (Pro) in October. While the higher-end model will feature a 200MP sensor as the company’s first, it is seemingly joined by an unusual triple camera setup. The latest renders of the duo suggest Xiaomi is not giving up with the pointless 2MP macro camera yet.

Several sets of official images of the Xiaomi 12T and 12T Pro have been shared today. The leak not only confirms the key features and final looks of these upcoming devices, but also suggests that Xiaomi is sticking with the macro snapper on its affordable flagships for another year.

Xiaomi’s 12T Pro is seen to sport a 200MP camera, which is already predicted as per previous rumors. The main sensor is joined by an 8MP ultra-wide and 2MP macro snappers. What’s surprising here is that the 5MP telephoto from the Xiaomi 11T Pro is replaced by a minuscule 2MP sensor. Fortunately, the selfie camera is upgraded to 20MP.

Other specs of Xiaomi 12T and 12T Pro

Other confirmed specs of that the duo shares include flat 6.67-inch AMOLED screen, 120Hz refresh rate, 5000 mAh battery, and 120W charging. The vanilla Xiaomi 12T will boast a Dimensity 8100 chipset while the pro version is powered by a Snapdragon 8+ Gen 1 similar to its Motorola Edge 30 Ultra rival. The 12T Pro could also arrive with more RAM at 12 GB compared to 8 GB of the non-pro model.

In terms of colorways, both the Xiaomi 12T and 12T Pro will be offered in blue, black, and silver options. The pricing and availability of the two phones are yet to be revealed next month.

Do you think more manufacturers should ditch macro and depth cameras for midrange and flagship Android devices? Let us know, we’re listening.

Price: (as of - Details) With a Triple pro-grade camera, smooth 120Hz refresh rate display, and an all-day intelligent battery¹...