Avian flu spills over from birds to mammals in UK 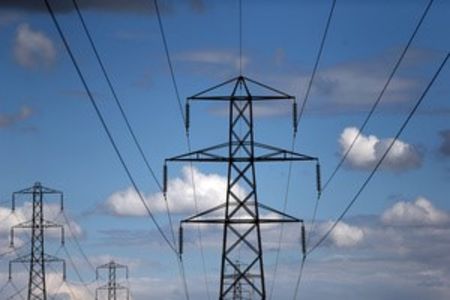 The reason being is that more than three months after the proposed legislation was referred to the Parliamentary Standing Committee on Energy, the panel would be holding its first meeting to discuss the legislation on December 1 — just six days before the commencement of the Winter session. BJP MP Jagdambika Pal heads the panel.

Though the proposed legislation was immediately referred to the Parliamentary panel by the Power Minister R.K. Singh on August 8, as soon as it was introduced in Lok Sabha amid vehement opposition to it, the bill was referred to the panel for discussion only on December 21.

Lok Sabha Speaker Om Birla has given the committee three months to examine the proposed legislation and prepare a report on it.

Now with the first meeting to discuss the legislation taking place only on December 1, the panel would be in a position to prepare a report on the bill after discussion only by February 2023, when the Budget session would be on.

Sources aware of developments said that if the panel is not able to finalise its views on the bill, then it may even get an extension.

After being referred to the Parliamentary panel on August 8, the bill could not be taken up for discussion by it since then, as the committee was reconstituted during the intervening period.

Pal took over as the chairman of the reconvened panel in October, which was earlier headed by JD-U MP Rajiv Ranjan Singh Lalan.

Earlier, when the bill was introduced by Power Minister R.K. Singh in Lok Sabha on August 8, it had to be referred to the Parliamentary panel after Opposition parties led by the Congress vehemently opposed it.

Several opposition MPs including Congress’ Manish Tewari, said that it should not have been introduced in the first place, as the bill usurps the rights of the states.

The bill seeks to facilitate usage of distribution networks by any entity which gets a distribution licence. This would allow consumers to choose services of any power supplier from among several players operating in a particular region, just like customers have the choice to select mobile networks.

Opposition parties led by the Congress and farmers’ associations have been complaining that well-off consumers would opt for private distributors at the expense of state-owned distribution companies. They have also alleged that the amendments in the legislation would allow private companies to pick and choose profitable distribution networks.

Farmers have been opposing the Electricity Amendment Bill, saying that power is an essential commodity which needs proper regulation and dominance of private distribution companies may harm the sector. Last week, they even undertook a march against it in all states.

On November 23, thousands of electricity workers and engineers from across the country, held a massive rally in the national capital, protesting against the bill under the aegis of All India Power Engineers Federation (AIPEF).

A resolution was passed in the rally warning the central government that any unilateral action to get the bill passed in Parliament without taking the electricity employees and engineers into confidence, would be strongly opposed and all 27 lakh employees and engineers would be forced to resort to a nation-wide movement against the bill and that the Central government would be responsible for it.

Ascending Triangle Breakout: Stock Gains 5% to ‘All-Time High’! The volatility in the broader markets continued in today’s session as...

V-Shape Recovery Spurts Nifty 50 by 300 Pts After Budget! The market cheered Budget 2023 which can be seen via...