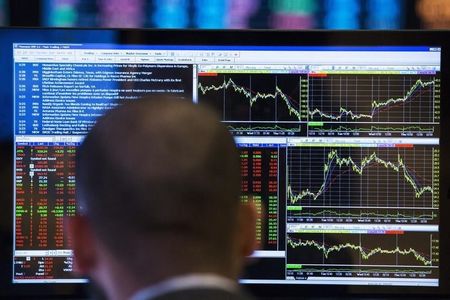 U.S. stocks are falling as investors weigh outlook on rates

For wheat, there has been an increase in area coverage by 14.53 lakh hectares over last year and this has been the highest ever since the last four years.

As on November 25, total area sown under Rabi crops reported was 358.59 lakh hectares (which is 57 per cent of the normal Rabi area) as compared to 334.46 lakh hectares in the corresponding period of last year. Thus, Rabi area coverage has increased by 24.13 lakh hectares over last year.

Tomar hoped that with favourable soil moisture condition, better live water storage position and comfortable availability of fertilisers across the country, Rabi crops area coverage is expected to accelerate further in the coming days and a good Rabi harvest can be expected.

As per the Ministry of Agriculture, present live water storage in 143 important reservoirs across the country is 149.49 billion cubic metre (week ending November 24). Soil moisture condition during November 15-21 is more than the average of the past seven years in most of the districts.

Traders Are Starting to Put Big Money on the Fed Going to 6% (Bloomberg) -- A shift in sentiment on...

U.S. stocks are falling as investors weigh outlook on rates

Reversal: ‘Oversold' F&O Stock Looking to Pare Some Losses! For mean reversion traders, one counter that has come on my...

2 Mahindra group stocks jump to reach a new 52 week high; Do you own any?

2 Mahindra group stocks jump to reach a new 52 week high; Do you own any? The Indian equity indices...

Chart of the Day: Stock Gaps Up to ‘Break Trendline’, Gains 7%!

Chart of the Day: Stock Gaps Up to ‘Break Trendline’, Gains 7%! A mid-cap new-age business that almost always remains...

by Shubham
No Result
View All Result