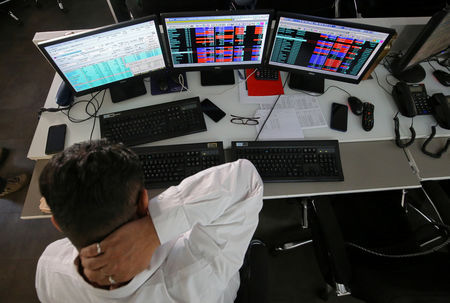 Private sector lender Yes Bank (NS:) has inked a share purchase agreement with JC Flowers Asset Reconstruction Company (ARC). The bank on November 28, 2022, informed the bourses that it has acquired an initial stake of 9.9% and subsequently it plans to acquire an additional 10% stake.

JC Flowers ARC is an asset reconstruction company under the e Companies Act, 2013. It is registered under the Securitisation and Reconstruction of Financial Assets and Enforcement of Security Interest Act, 2002, and with the Reserve Bank of India (RBI).

Yes Bank had earlier declared JC Flowers Asset Reconstruction PrivateLimited (“JC Flowers ARC”) as the base bidder for the proposed sale of an identified stressed loan portfolio of the Bank aggregating to up to ₹ 48,000 Crores.

The bank has already acquired a 9.9% shareholding or 1,23,70,050 equity shares of JC Flowers ARC at ₹ 11.43 per share. The acquisition of the additional 10% stake will be according to the terms as agreed upon in the definitive agreements and after receiving regulatory approvals.

Earlier, on September 20, Yes bank approved the sale of stressed loans worth ₹ 48,000 crores to JC Flowers ARC after receiving no challenger bids. Its gross NPA ratio was expected to dip below 2% after the transfer.

After signing the binding term sheet with JC Flowers ARC LLC and JC Flowers ARC for the sale of the stressed loan portfolio, Yes Bank’s board of directors also approved the investment needed to buy up to 19.99 per cent equity stake in the private equity firm. This purchase was supposed to be made in single or multiple tranches, according to regulatory approvals.

The rationale behind the acquisition

Yes Bank informed the exchanges that it intends to participate as a minority shareholder in JC Flowers ARC, in partnership with JC Flowers (a global reputed fund). It is looking to participate in the business of asset reconstruction which is ancillary to the bank’s main line of business.

According to regulations, Yes Bank will require prior approval of the RBI for the acquisition of 10% or more shareholding in the ARC. In addition, the ARC will require RBI’s approval for including any entity as its sponsor.

In the latest quarter from July to September, Yes Bank’s net profit declined by 32.2 per cent year-on-year (YoY) to ₹ 153 crore mainly due to ageing-related provisioning requirements. It posted a net profit of ₹ 225 crores in the corresponding quarter a year ago.

The post Yes Bank acquires a 9.9% stake in an ARC which is the base bidder for its stressed loans appeared first on Trade Brains.

A Look Behind the Scenes of “The Break, Presented by The General,” With Blue Cup Productions

A Look Behind the Scenes of “The Break, Presented by The General,” With Blue Cup Productions Taylor Sharp of Blue...