The latest entry from Apple TV+ into the beautiful, bulging estuary of science fiction is a show called “Invasion” and its three episodes have landed in the streaming TV universe.

The first three episodes of “Invasion” dropped on Friday (Oct. 22), with seven more coming on a weekly basis. Until now, we’d only seen the official trailer, but some members of the press were granted access to the first five episodes and Space.com was able to speak to the show’s co-creator, David Weil, ahead of the series’ debut.

According to the official blurb, the character-driven series follows multiple storylines across different continents and takes a global look at how one alien invasion would affect us all. The trailer doesn’t give much away, but it certainly suggests that the action will take place all around the world and we do get a fleeting glimpse of what looks to be a giant alien ground transport, that may or may not be influenced by “The War of The Worlds.”

“Well, Simon [co-creator Simon Kinberg] and I really connected over HG Wells’ ‘The War of the Worlds,’ but then even more so, over Orson Welles’ radio play,” Weil said.

“To us, the purported experience that folks had when they first listened to that radio play of not knowing whether something was real or fiction, was sort of a North Star for us. We wanted to tell a story that felt as real as could be. That, if you or I were in this scenario and in this situation, what would we choose? Not what would Tom Cruise choose or Will Smith choose, but, what would we choose?”

Related: Halloween 1938 and the Infamous ‘War of the Worlds’ Radio Broadcast

It’s entirely possible, quite probable in fact, that many viewers will be expecting something different when they come to watch the first few episodes after having seen the trailer. This is not like many other alien invasion stories. It’s a world away from “Falling Skies,” on a different planet to “Independence Day” and on the opposite side of the known universe to “The Tomorrow War.” It’s a considerably slower paced, entirely character driven, much more cerebral sci-fi.

“I think that different stories demand different forms, right? I’m not a storyteller who adheres to metrics and viewing habits and patterns and algorithms. I think that Simon and I both wanted to tell a story that we felt was deeply emotional,” Weil explained.

“That grounded our story with these characters who we’ve really come to love. I think, you look at a series like ‘Breaking Bad.’ Season one, in many ways, was very slow-form storytelling. But I think by really being able to dig in and be granular with that character of Walter White, I think the thrills that came later in the great twist and turns felt even more earned, even more designed,” Weil said.

“But what I would say is, I do think that in the alien invasion canon, whether it’s ‘Independence Day’ or ‘War Of The Worlds,’ I think we, our expectation is one of, they come and by minute 15, we’re running down the Midtown Tunnel from an explosion,” he added.

Related: The Scariest Aliens Ever from Sci-Fi Films

Weil himself is a big fan of science fiction and while his career is just beginning to blossom, he has already made some notable contributions. For instance, he created the Amazon Original “Solos,” which is a dramatic and thought-provoking anthology that explores the deeper meaning of human connection. The seven-part limited series set in the near future starred the likes of Morgan Freeman, Anne Hathaway, Helen Mirren, Anthony Mackie and Constance Wu and featured a simple, minimalist premise but focused very much on dialogue and character exploration. Clearly, this is a style Weil is carving out for himself.

“Oh yes,” he laughed. “Science fiction to me, is optimism, it’s hope. It’s an exhortation of how we may, as a society, be living and how we could be living. The best science fiction is one that ultimately feels hopeful. That ultimately purports connectivity, innovation and growth. And so, I love stories that profess that. ‘Ex Machina‘ and ‘Under the Skin‘ were fantastic and ‘2001: A Space Odyssey‘ is always my go to.”

“Invasion” follows the events surrounding a number of different people, including a young communications scientist who works at the fictional national Japanese space agency JASA, a wealthy, well-educated Middle Eastern family living in the United States, a U.S. serviceman on active duty probably in South-Central Asia and a group of English school kids on a field trip.

Before long, we learn that Japanese scientist Mitsuki Yamato (Shiori Kutsuna) has lost her secret gay lover, astronaut Yui (Naoko Mori), as the space station she was aboard in Earth orbit is destroyed by mysterious forces. Ahmed Malik (Firas Nassar), the husband in an upper middle class family, is having an affair with another woman who is pregnant with his child. His wife, Aneesha Malik (Golshifteh Farahani), is a Harvard-educated doctor and has only just discovered her husband’s infidelity. And Trevante (Shamier Anderson) is the U.S. Navy SEAL on deployment in Afghanistan and loses his entire unit in an attack with an unknown force.

Finally, the group of English secondary school kids (grades 5 to 9 in the U.S.) on their way out of North London into the countryside experience a near-fatal accident when their coach is struck by large pieces of falling debris, the source of which is unknown.

Unfortunately, their teacher is killed in the accident and the situation soon descends into a “Lord of the Flies”-style scenario — as it probably would. And this was one of a number of grumbles with the first half of the first season as the geeky kid (Casper Morrow, played by Billy Barratt) — who embraces science and has a medical condition, naturally — is repeatedly picked on by the larger, dumber, token school bully. That old chestnut.

Here’s the thing: This show is set in the present day and science, sci-fi and subjects that were once generally considered geeky are now incredibly popular. A far cry from 30-or-so years ago. So why must the Geeky Kid always be weaker than the bully? I’ll wager there are some strapping, rugby-playing pre-teen kids who are also the super nerds really into space exploration, sky watching and sub-atomic physics, moreover they’re at least half-a-foot taller than the class thug.

“The first thing I would say is, I think over time you’ll see, how his [Casper’s] love of science fiction, how his knowledge and brilliance really does make him win out, ultimately,” Weil said. “But I think that while we do glorify STEM and science — and look, I was that geeky, nerdy kid, growing up as well — I don’t know that the reality is so cut and dry.”

“I don’t know that the weather vane has swung from north to south so easily. I do think we live in the gray. I do think that there are some communities and some schools where, being an expert in science is rewarded and seen as cool, which I think is fantastic,” he added. “But I still think there are many communities and schools and societies where it’s not.

“Invasion” may take a little time to get into it’s stride – arguably, too much time – but there are indications that this is going to be a cerebral sci-fi show, something Apple is taking very seriously. Just look at its other choices: “Foundation” and the truly epic “For All Mankind.”

Weil seems to be establishing a writing style all his own; sci-fi stories that dive much deeper than usual into character development. The question is, does it have too much of an impact on the overall flow of the show. “Invasion” has the potential to go places and we hope it’s given the chance, by Apple, to do that.

Yes, the first few episodes contain plenty of clichés; yes the human-storytelling-to-actual-alien-invasion ratio is also off, but factor in some phenomenal performances and high quality production values, and fingers crossed, we should end up with a thrilling second half to the season. 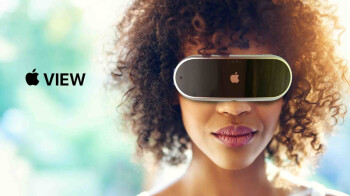 Apple AR headset: you might have to spend above $2,000 if you want to buy it (when it is released) 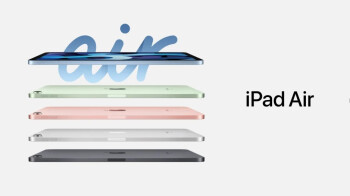 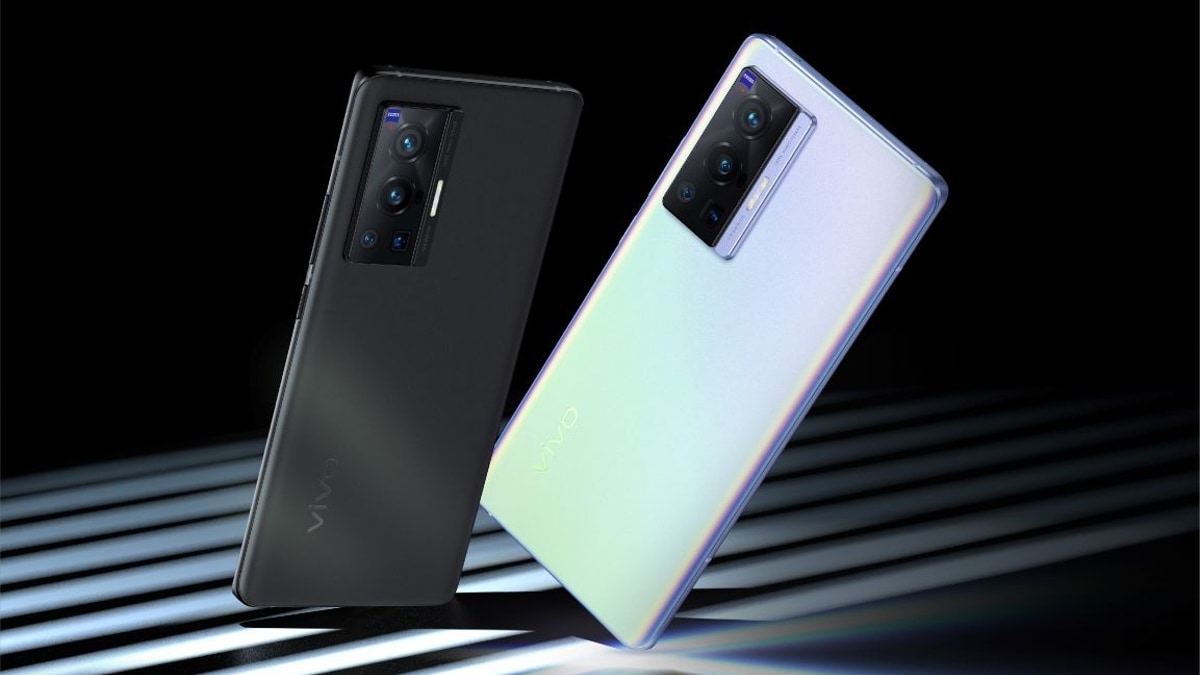 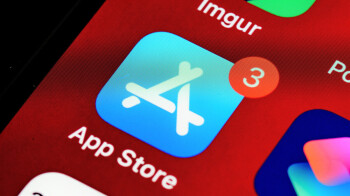 In one particular place, the Apple Tax appears to be crushed for certain apps 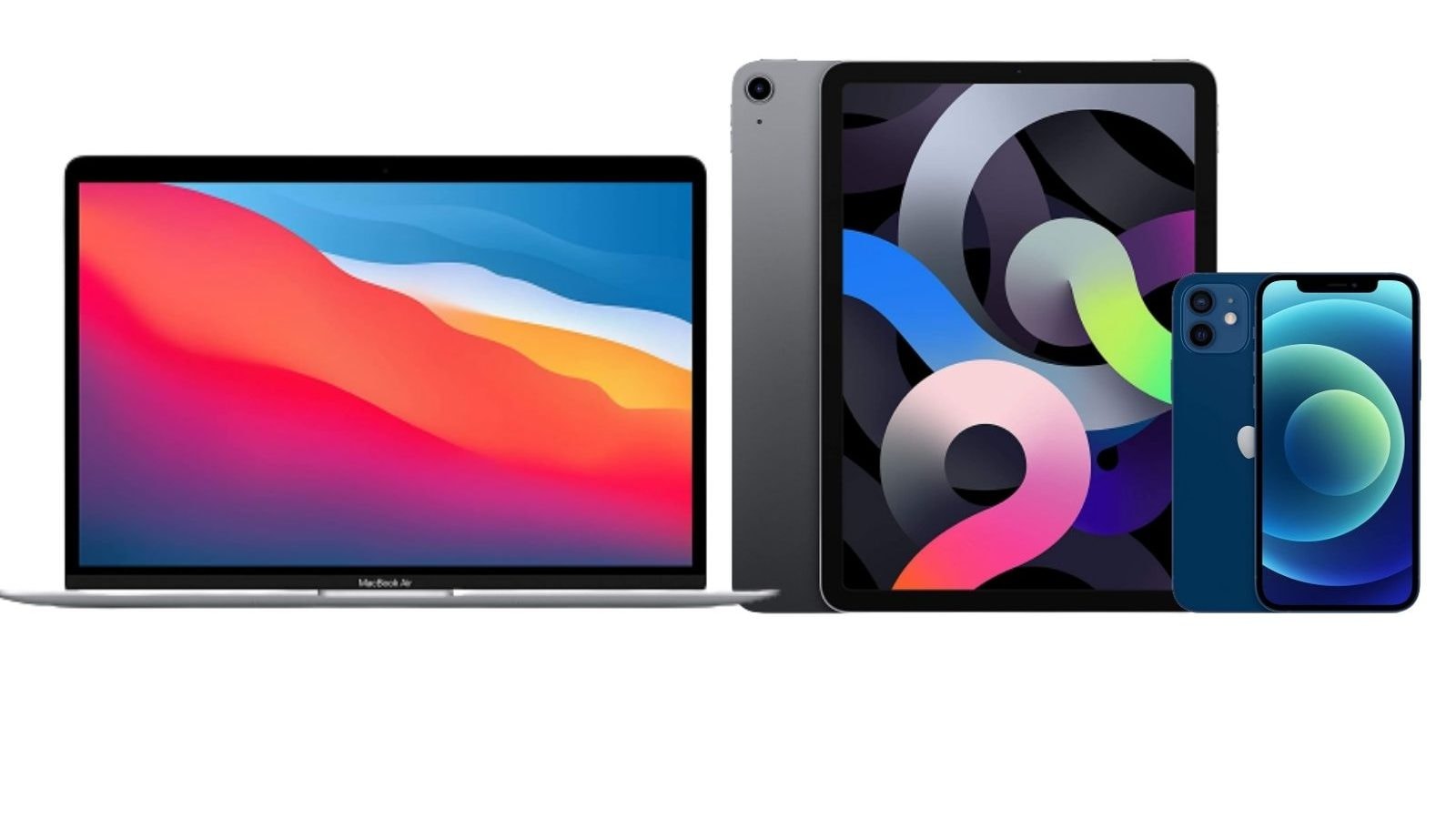 Olight Swivel COB Work Light review - use it handheld or hands free, you choose - The Gadgeteer

Covid: Some people remain infectious even after 10 days

Covid: Some people remain infectious even after 10 days