by Gadgets Smartphone Gaming
in Uncategorized
5 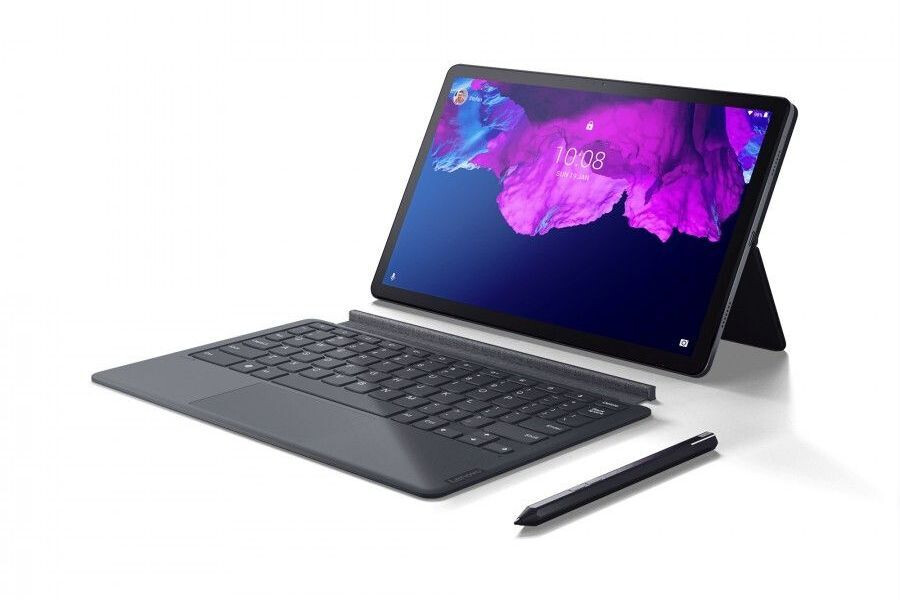 The pre-orders have started and if you want the maxed 12.9-inch version you’ll have to cash out a whopping $2,399. Of course, there are options regarding storage and connectivity but even the base 12.9-inch model costs over a thousand dollars now.

Healthy competition is always a good thing, and you can get a wide variety of devices in this price bracket, so let’s take a look at the options. Here are the best Apple

Competing with an M1-equipped tablet is not an easy feat. If we take raw power alone, the alternatives are unicorn-rare. Power isn’t everything, though, and using iPadOS on top of the M1 has its limitations.

Apple’s biggest rival in the smartphone market has its own line of tablets to try and battle Cupertino’s dominance in the segment. The Samsung

promises a PC-like experience thanks to Samsung DeX docking technology.

The Galaxy Tab S7 is an Android tablet that comes with S-Pen support, an LCD TFT 11-inch 120Hz display, 8GB of RAM, and a microSD card slot. Granted, its octa-core processor is no match for the M1 but the price definitely is.

You can get the Samsung Galaxy Tab S7 for as low as $549 and there are also other options at Samsung.com (it’s as low as $50 if you trade in your old tablet or smartphone).

The Surface line of machines is really impressive and Microsoft has a reason to be proud. You can find real iPad Pro competitors here, and some might even say that Surface devices are better. Heresy!

The Lenovo Tab P11 Pro is an Android tablet that relies on Qualcomm’s Snapdragon 730G platform. Obviously, it’s not as powerful as the iPad Pro but it comes with an 11.5-inch OLED display, 6GB of RAM, 128GB of storage, and stylus support.

You can get one for as low as $399, which is half the price of the iPad Pro. The price more than makes up for the Tab P11 Pro shortcomings.

Yep, there’s always the previous generation as a buying option when a new device hits the market. The iPad Pro 11 (2020) is still a very, very good tablet. The M1 chip in the new model is the only big difference and in real-life scenarios, it might not be that big of a deal.

What’s more, Apple has already removed the iPad Pro (2020) from its official store. This means great discounts for the model as retailers would want to clear their inventory. Users on the other hand could get a great tablet with all the iPadOS updates and support.

Things are more serious when it comes to iPad Pro 12.9-inch alternatives. This tablet features a mini-LED display that Apple calls Liquid Retina XDR, and we have to run some tests to see how this thing stacks against LCD and OLED tech.

Nevertheless, there are viable alternatives from the usual suspects.

Another alternative from the Surface lineup comes in the face of the Microsoft Surface Pro X. It’s a solid tablet with a big screen and small bezels. You get full Windows 10 functionality, powered by the custom-made SQ1 and SQ2 ARM-based chips.

The Surface Pro X is another endurance champion from Microsoft – it can do 15 hours on a single charge, and that’s important when we talk tablets. Other than that, you get the usual slew of accessories to turn this device into a full-fledged PC, plus a 16/256GB memory option.

We’re back at Samsung for its answer to the 12.9-inch iPad – the Galaxy Tab S7+. Unlike the smaller 11-inch model, this one features an AMOLED display, which is always a big plus in any Samsung device.

The display features a 120Hz refresh rate and you can use the S-Pen, of course. There’s the DeX support to turn this into a PC, and as far as memory goes, you can get up to 8/512GB max, but there’s a microSD card slot.

Pricewise, the maxed-out version of the Tab S7+ is still cheaper than the base iPad Pro 12.9, even before Samsung incentives come into play.

If you want something as powerful as the iPad Pro (and also as expensive, too), look no further. The HP Elite X2 has it all. It’s really a laptop in tablet’s clothing. Even the base model comes equipped with Intel’s 11-gen Core i5 CPU, 8GB of RAM, and 128GB nVMe SSD storage.

The HP Elite X2 is one of the few machines equipped with a Thunderbolt 4 port (2 of these), and it’s also made out of premium CNC aluminum. Everything screams premium and you won’t regret buying one of these if you lean more towards the business side of things.

Here’s an alternative to the alternative that goes back to the same manufacturer. Your head is spinning right now? Fret not! If you decide to go for a MacBook instead, you’ll enjoy the same M1 power but the MacOS on top will let you actually use it.

Price: (as of - Details) With the iPhone XR you get a roomy 6.1-inch display, fast enough performance from Apple's...

iPhone trade-in values are now lower in 2023—Here's the difference | News 4 Social If you're planning to trade in...