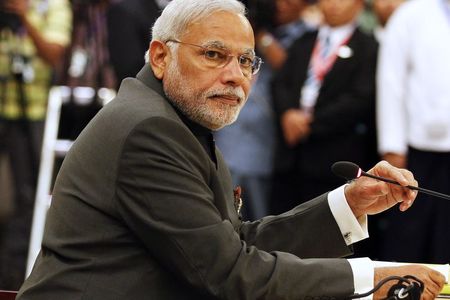 New Delhi, Sep 24 (IANS) The National Broadband Mission (NBM) under the Ministry of Communications on Saturday tweeted (and later deleted) that Prime Minister Narendra Modi will officially roll out the 5G services in India on October 1 — the same day when the India Mobile Congress (IMC) kicks off which will heavily focus on 5G and related domains.

All the top telecom honchos — including Reliance Industries (NS:) Chairman and Managing Director Mukesh Ambani and Founder and Chairman of Bharti Enterprises Sunil Bharti Mittal — are scheduled to join the keynote address at the sixth edition of the IMC that will take place at Pragati Maidan, New Delhi, from October 1-4.

The event will see participation from telecom gear manufacturers and other industry stakeholders, in the presence of IT Minister Ashwini Vaishnaw.

According to sources, the government may showcase some successful 5G testbeds being run in the country by Reliance Jio, Airtel (NS:) and Vodafone Idea (NS:) at the IMC 2022, jointly organised by the Department of Telecommunications (DoT) and the Cellular Operators Association of India (COAI).

During his Independence Day address from the ramparts of the Red Fort, the Prime Minister had said that the 5G services will be launched in India soon.

Vaishnaw last month said the government expects 5G services to be rolled out in the country by October 12, and the Centre will make sure that the prices are affordable for the consumers.

Vaishnaw said that installations are being done and telecom operations are busy with the seamless rollout of 5G services.

The government will ensure that the 5G plans remain affordable for the public, the minister said.

The 5G services would be rolled out in a phased manner and during the first phase, 13 cities are likely to get the 5G internet services.

Just like 3G and 4G, telcos will soon announce dedicated 5G tariff plans and according to industry experts, consumers may pay more to access the 5G services on their devices.

An immediate tariff war with the launch of 5G is unlikely, but it “will be competitive as India continues to be a price-conscious market”.

F&O Stock Looking to Reward Investors with ‘Massive Gains’! Many stocks from the real estate sector are buzzing today. In...

Watchlist Stock: Inverse H&S at Lows Depicts 13% Upside! While digging for stocks that are reversing from the lows, prominent...